New York: Pit Bull runs out of house, attacks mother and then mauls 2-month-old baby trapped in his car seat

NEW YORK -- Police say a two-month-old baby boy and his mother were mauled by a neighbor's pit pull Thursday in Elmont.

Myrlande Alouidor says she was just down the block from a home on 117th Avenue around noon when she heard a scream. It was her friend, crying for her 2-month-old son. Nassau County police say the mother and her child were both mauled by a pit bull as they tried to visit a neighbor. 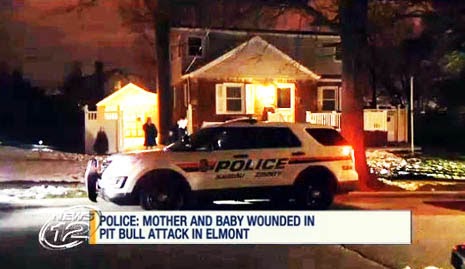 Detective Lt. Richard LeBrun says when the neighbor opened the door, both of their Pit Bulls ran out of the house. One of the two pit bulls quickly went on the attack, causing seriously lacerations to the mother's legs.

The Pit Bull then began attacking the baby, who was strapped into his car seat that his mother had been carrying.

The infant underwent surgery Thursday night. Newsday says the baby is in the hospital in critical condition with serious injuries to his face and head. 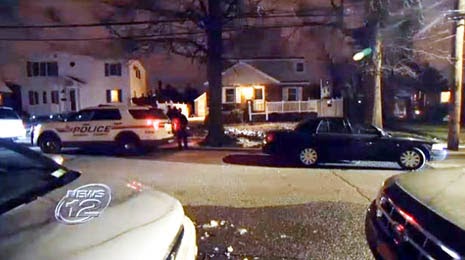 Police say the victims live in the same house as the owner of the pit bulls, but in a separate apartment.

LeBrun says police are working to determine if the pit bulls have a history of violence. 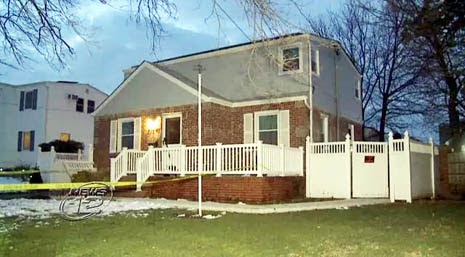 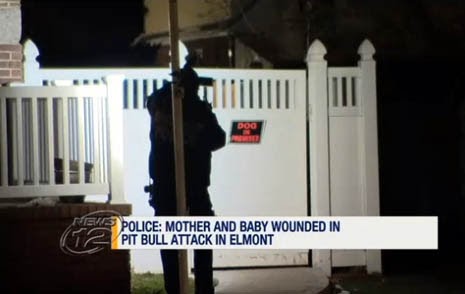 One neighbor told reporters that the dogs rush at the fence going crazy any time someone walks by. On one occasion, he saw a woman walking the Pit Bulls and he stayed in his car because he was afraid of them and didn't believe the woman could control them if they decided to attack him.

Police say the two dogs were removed from the scene and are now with the Hempstead animal control unit.

No arrests have been made at this point. 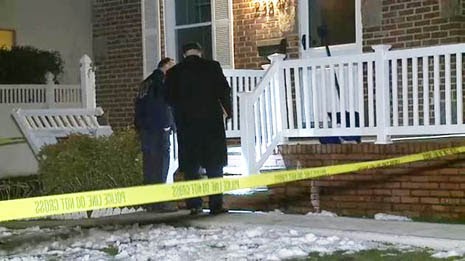 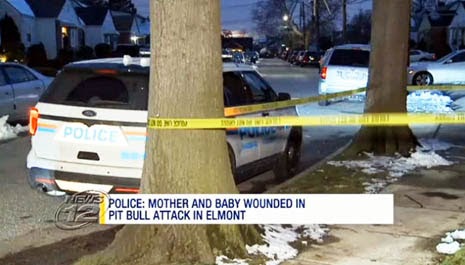