BRIDGEPORT, CONNECTICUT -- A Bridgeport police officer was forced to shoot a dog Tuesday evening after it severely mauled a man in the middle of a domestic dispute, said Bridgeport officials.

The incident, which took place at 127 Polk Street,  occurred when a pit bull began attacking the man who was having a domestic dispute and officers were called, said Av Harris, spokesman for the Bridgeport Police Department. 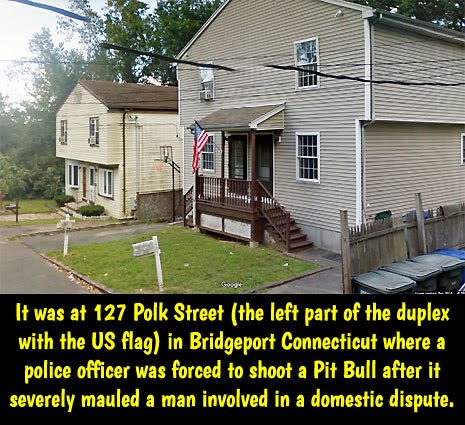 "One of our police officers had to shoot the dog to stop the attack," Harris said.

According to Harris, the dog was still alive Tuesday evening, but he was not sure of its condition.

The man was taken to Bridgeport Hospital for treatment.