MISSOURI -- No one's sure why Jack crawled into a Taney County culvert.

But the hefty pooch somehow got himself stuck about eight feet into the 15-foot underground pipe — and may have been there for as many as eight days before his owners found him.

With no way to get Jack out, his owners called for help. 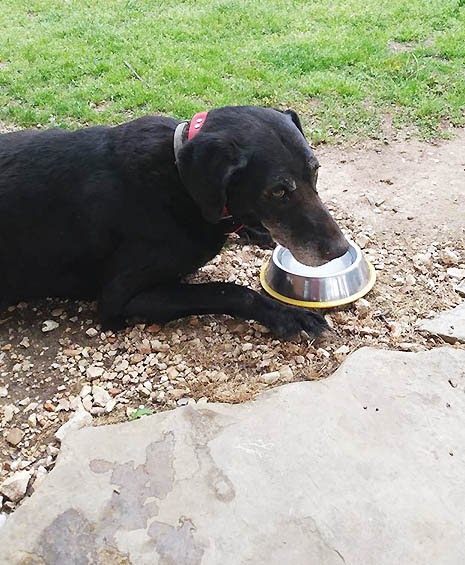 Romines, the department's training officer, said Jack's owners said the dog had been missing for more than a week.

When the owner went to check the mail, he heard whimpering and called for help. 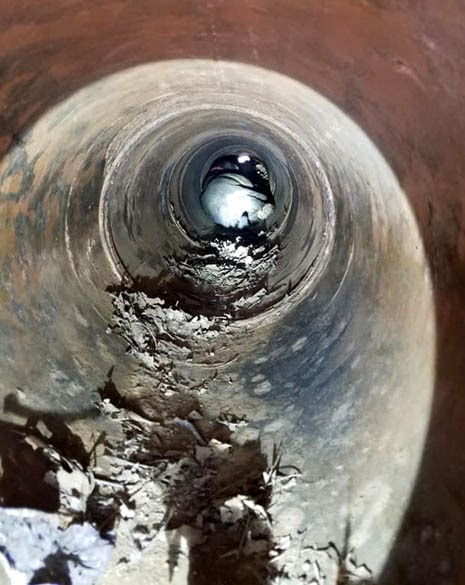 "Jack's a pretty good-sized Labrador, and he's a little chubby," Romines said. "One end of the culvert was blocked, so when he tried to turn around, he got stuck."

Jack was lucky in another way, too. Taney County had some significant rain while Jack was in the pipe.

"He's lucky the ditch didn't fill up while he was in there," he said.

According to the fire department, Jack was lodged so far into the pipe that firefighters had to dig out part of the homeowner's driveway to access the pipe.

Then they used a special saw to cut through the metal culvert, made a bigger hole with the Jaws of Life, and pulled the weakened pup to safety.

Jack was so weak that rescuers had to help him out of the hole.

After some water and a brief rest, Jack was taken home to rest on his favorite bed. Firefighters said it appears Jack will be fine.

Assisting with Jack's rescue were Taney County Animal Control and Taney County Road & Bridge, which responded with a backhoe. 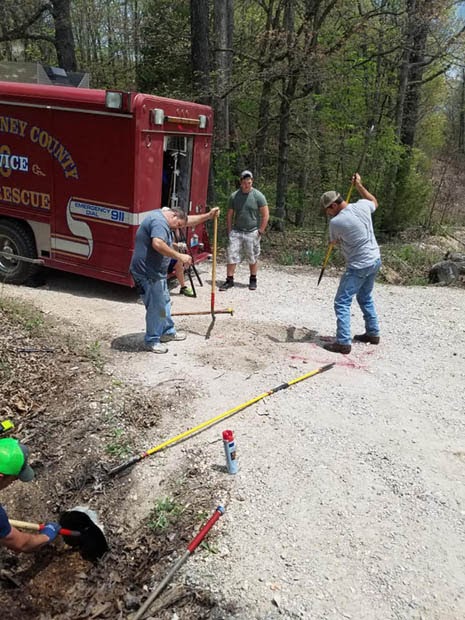 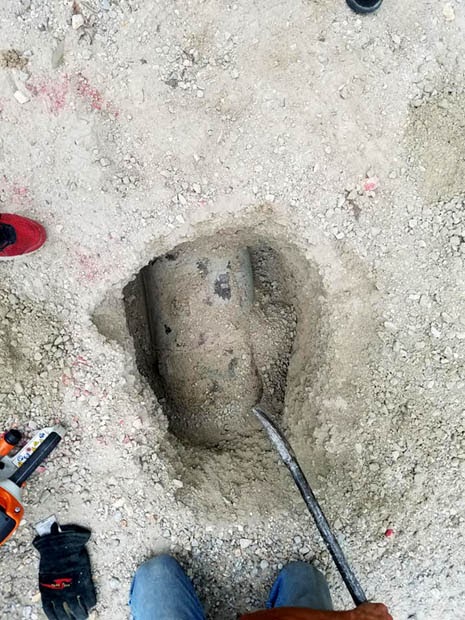 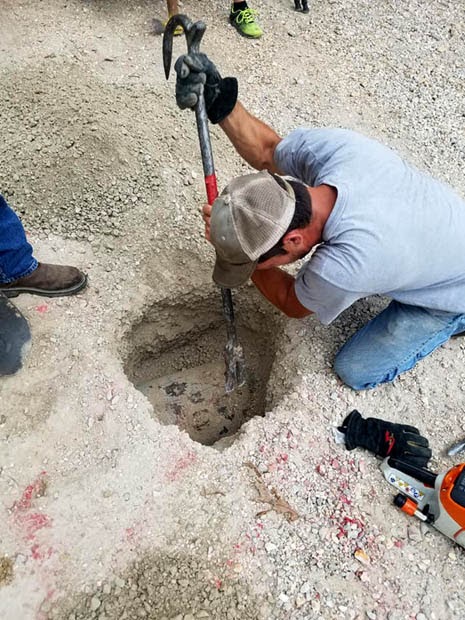 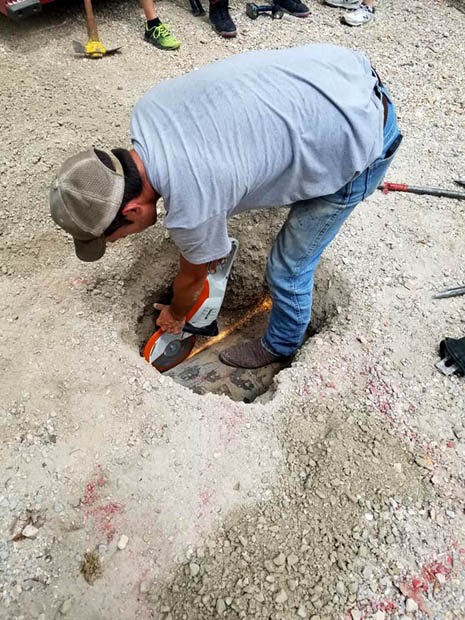 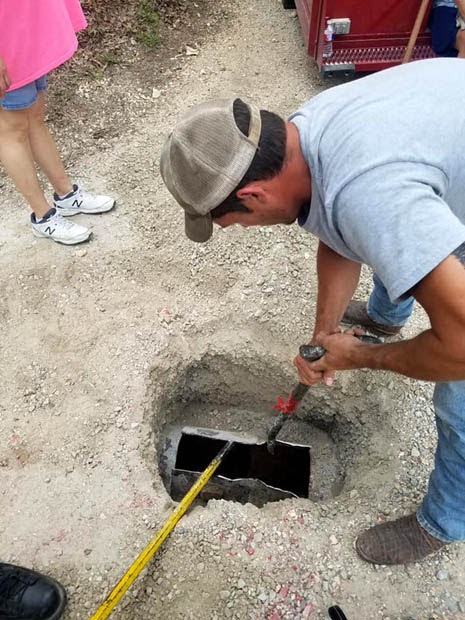 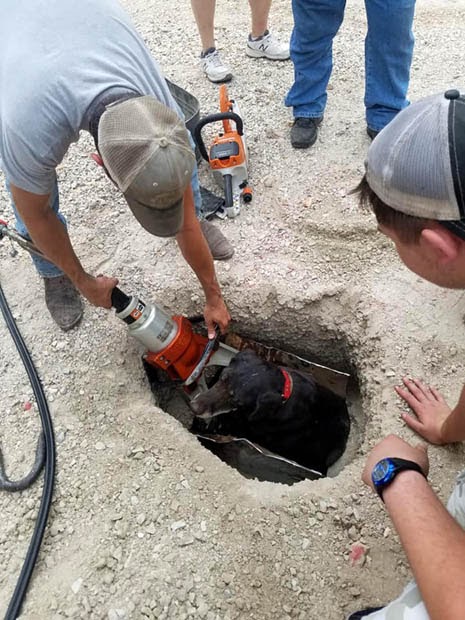 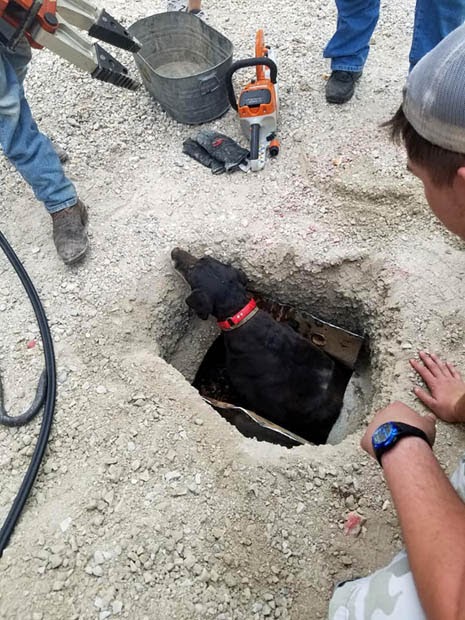 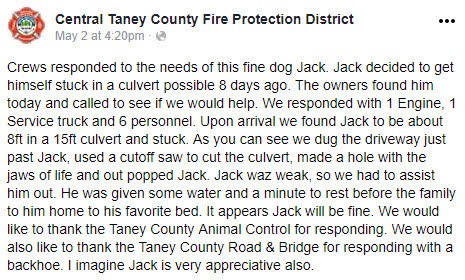 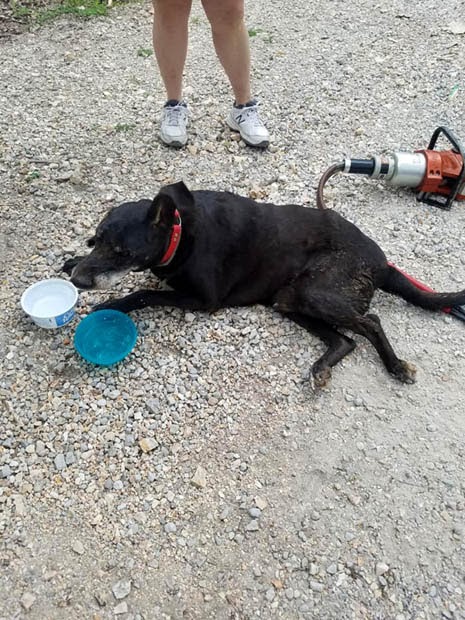