Florida: It "tore off her eyelid, broke her jaw and left her with more stitches and staples than her family can count". She is a just five years old.

FLORIDA -- A 5-year-old girl remains hospitalized in serious condition four days after a pit bull viciously grabbed her by the face and pulled her out of a house.

Zoey Green was moved from the intensive care unit at Sacred Heart Hospital in Pensacola on Monday, but faces a long rehabilitation. 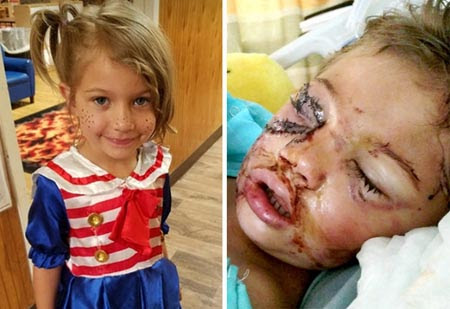 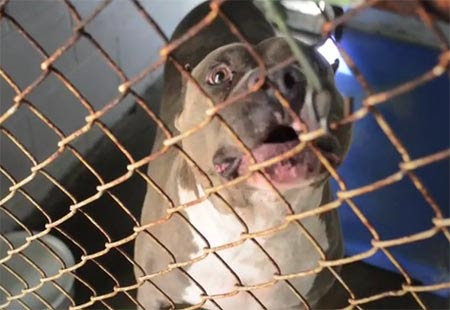 The dog, a massive male pit bull named Mandingo, tore off her eyelid, broke her jaw and left her with more stitches and staples than her family can count.

After the attack, Zoey was flown to Sacred Heart, where her dad, Jonny Green, met her in the emergency room.

'Hold on, baby'
Paige Woody, Zoey's mom, said she had agreed to pet sit Mandingo and another dog at their home on Villacrest Drive in Crestview while their owner worked in the south part of Okaloosa County. Paige already had been there twice.

On Saturday, the owner asked her to come over so she could show Paige how to apply a horsefly spray to the dogs. Paige went into the backyard with the dogs and their owner and left Zoey in the house. She says the owner told her the dogs were great with children, but Paige didn't want to take a chance and didn't want to leave Zoey in the car. 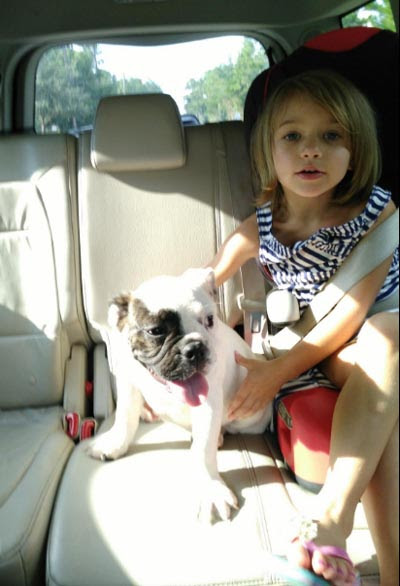 She and the owner were talking near the patio door when Zoey started tapping on the glass, clearly getting impatient.

"I kept telling her, 'Hold on, baby, hold on, baby,' " Paige said. "Then I cracked the door so she could hear me better."

That's when Mandingo lunged through the partially open door, grabbed the little girl by the face and dragged her into the yard, according to Paige. 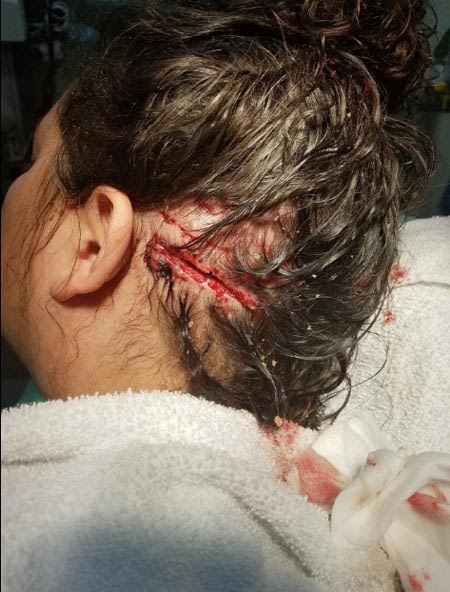 The dogs' owner was holding off the other dog, Bella, while Paige fought with Mandingo to try to get Zoey free. As soon as he released her, she covered her daughter's body with her own.

"I lay on top of her like a shell," Paige said.

At first she planned to lie there until someone came to help. But then she reached into Mandingo's mouth and pushed the dog back as far as she could before picking Zoey up and throwing her into the house. Paige then followed her inside and called 911.

Paige was taken to North Okaloosa Medical Center for treatment for her injuries, which required 28 staples and stitches. Zoey was flown by medical helicopter to Sacred Heart alone. 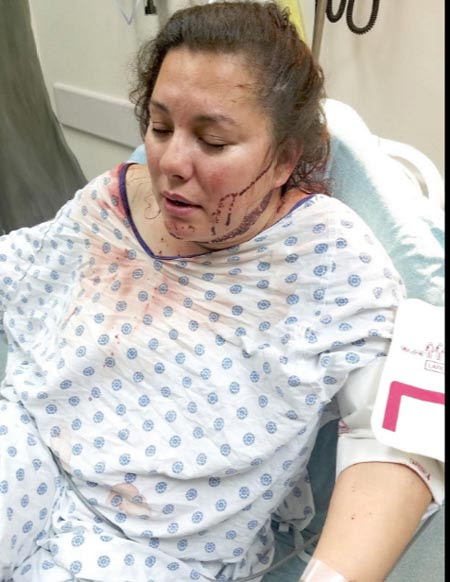 Recent pit bull attacks
Saturday's incident is the third time in recent years that a local child has been seriously injured by a pit bull mix. In the summer of 2012, a 7-year-old boy was bitten while eating chicken on his uncle's boat, which was anchored at Crab Island. The injuries were "very serious and very deep," according to news reports.

In February 2016, a 3-year-old Niceville girl was seriously injured by two pit bulls who attacked her while she was in the dogs' driveway. 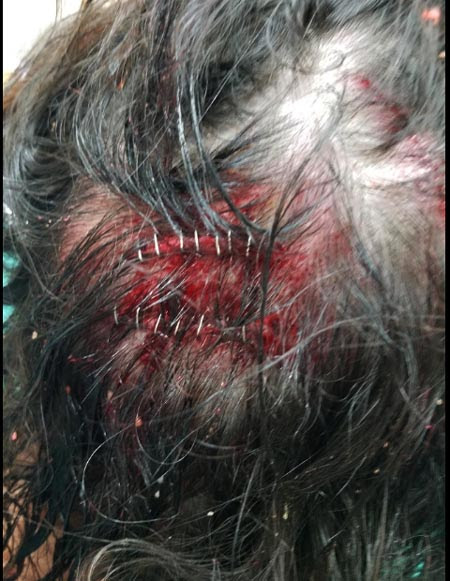 Pit bull facts
The following information on the nation's leading canine killer was compiled from the website Dogsbite.org:

• 31 U.S. dog bite-related fatalities occurred in 2016. Despite being regulated in Military Housing areas and over 900 U.S. cities, pit bulls contributed to 71 percent (22) of those deaths. Pit bulls make up about 6 percent of the total U.S. dog population.

• 34 U.S. dog bite-related fatalities occurred in 2015. Pit bulls contributed to 82 percent (28) of these deaths. Pit bulls made up about 6.6 percent of the total U.S. dog population that year.

• Annual data from 2016 shows that 42 percent (13) of the fatality victims were children ages 9 years old and younger.

After Paige was treated, she drove to Sacred Heart, where Zoey was undergoing a nine-hour surgery.

'A bubble baby'
Zoey's injuries will likely prevent her from returning to Riverside Elementary this year and finishing kindergarten with her classmates.

Doctors had to choose between putting a titanium plate in her jaw, which would require annual surgeries as she grew and matured through childhood, or patching it together without the plate. 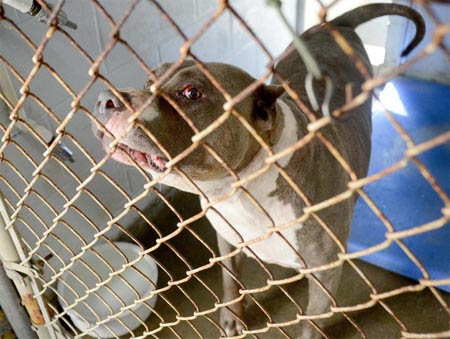 They chose the latter, reasoning it would be better for Zoey to not have to undergo surgery every year. But that means the rough and tumble little girl who likes jumping on the trampoline, riding her bike and playing with her big sisters will have to lead a much more sedentary lifestyle for at least the next six weeks.

"She's basically going to be a bubble baby," her mom said. "We have to be extremely careful that no damage occurs."

Paige and Jonny are divorced, but remain close friends and have been together with Zoey in the hospital since the attack. 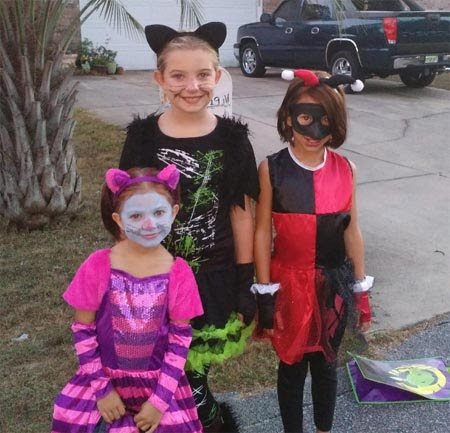 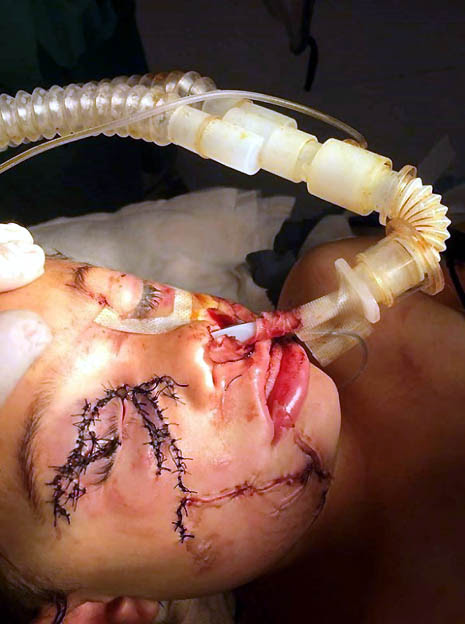 Although Zoey has health insurance, Paige doesn't because her current husband had just started a new job and she wasn't covered yet. Family members have started a GoFundMe page to help Paige and Zoey with their expenses.

Through all the trauma of the last five days, Paige and Jonny are deeply grateful for the care their little girl has received at Sacred Heart.

"This hospital has been amazing," Paige said. "A lot of doctors have the God complex. These doctors said they were thankful to God, that this was in his hands." 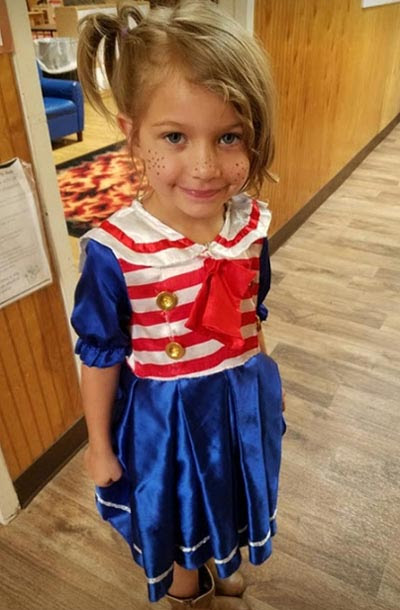 Dogs' fate uncertain
The dogs are in quarantine at the Panhandle Animal Welfare Society (PAWS) in Fort Walton Beach while the attack is investigated. As of Tuesday, the owner had not surrendered them to be euthanized, PAWS officials said.

Paige and the owner of the dogs — who also was injured during the attack — have exchanged texts in the days following the tragic event.

The owner originally assured Paige that the dogs had been euthanized, and later admitted that they hadn't.

The dogs' owner asked about Zoey's welfare and said she was brokenhearted over the attack. She also asked if there was anything she could do.

Paige sent a text back and asked her to surrender the dogs. 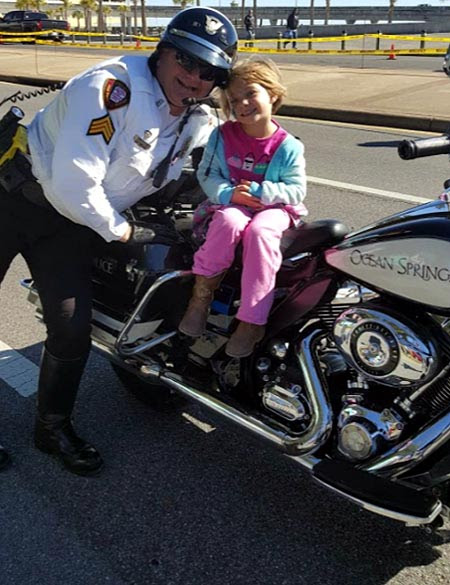 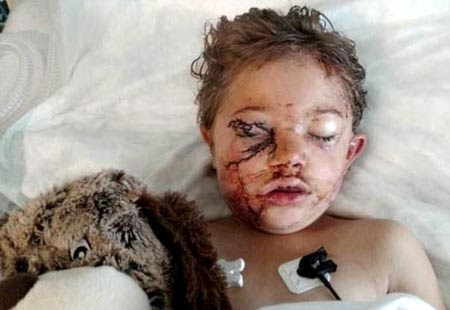 The owner's daughter, who wasn't there at the time of the attack, replied and said that she was deeply sorry for what had happened to them and that the dogs were going to be put down. She said she just hadn't gotten over to PAWS to sign the paperwork.

In another text, the daughter said she wouldn't be euthanizing Bella unless a saliva test proved the dog was involved in the attack. 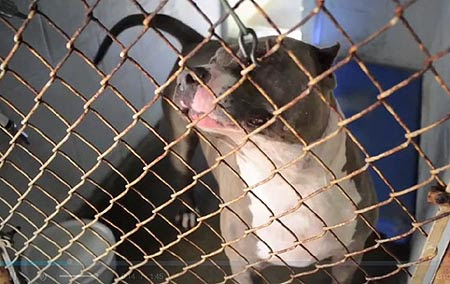 "We're doing everything in our power to try to make sure this type of thing couldn't happen again," she said.

Jonny, who described himself as an animal lover, said there is no doubt in his mind that the dogs should be euthanized.

"I'm so upset," he said. "I'm so angry. I'm just thankful that she's still with us. It could have been much worse, as bad as it is.

"It wouldn't have taken much more for her not to be with us right now."

How to help
A GoFundMe account has been set up to help Zoey Green and Paige Woody, who were mauled by a pit bull Saturday. To donate, go to https://www.gofundme.com/evj94r-help-for-zoey. 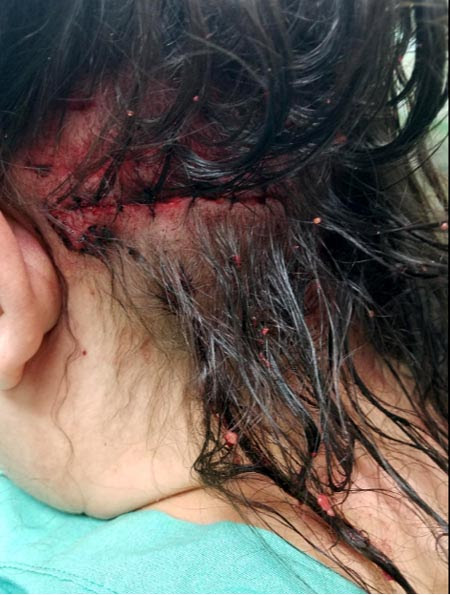 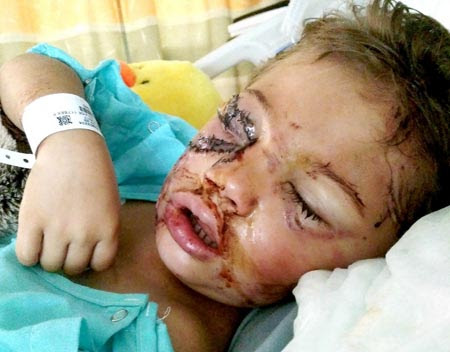 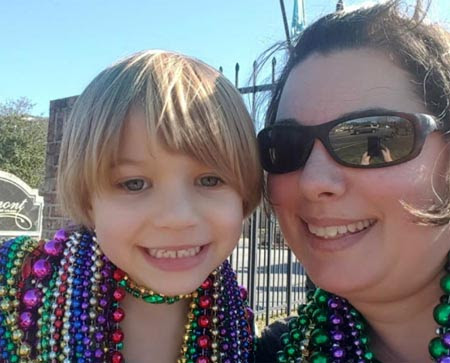 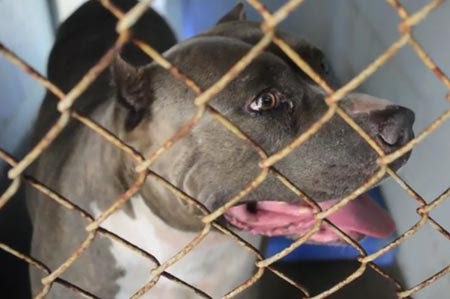