MAINE -- A woman under investigation for animal cruelty and operating an illegal pet shop may have been involved in "pet flipping," according to police in Skowhegan, Maine.

Nicole Bizier, 32, of Skowhegan, was arrested last week and charged with theft by deception, animal cruelty, and operating an illegal pet shop.

Note: A Craigslist ad said that police stated that Bizier used aliases: Sarah Lancaster, Sara Plummer, and possibly others to cover her tracks.

Authorities began investigating Bizier, 32, earlier in March, when the state Animal Welfare Program received an animal cruelty complaint for a stray dog found in Pittsfield. The state agents determined that Bizier last owned the dog, which had severe tissue damage around its mouth from wearing a muzzle for a long time. 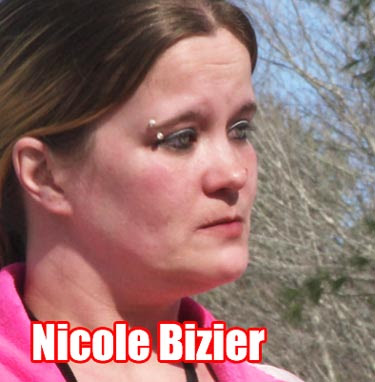 “It was disturbing, walking into the garage and seeing dogs basically stacked in cages,” said Nichols, who works for the Skowhegan Police Department.

Nichols was one of the Skowhegan Police officers who took part in the search of Bizier’s home.

The one-car garage, which held tools, yard equipment and toys in addition to the four adult dogs, was very cold, Nichols said, and had no form of heating. The dogs were in cages that gave them just enough room to turn around, she said, and they didn’t have water or food bowls. The cages had hay and some had dog beds, but those were “so dirty they almost looked brown,” according to Nichols.

The space smelled like “urine and dirty animals,” which was accurate, as the dogs were relieving themselves in their cages. 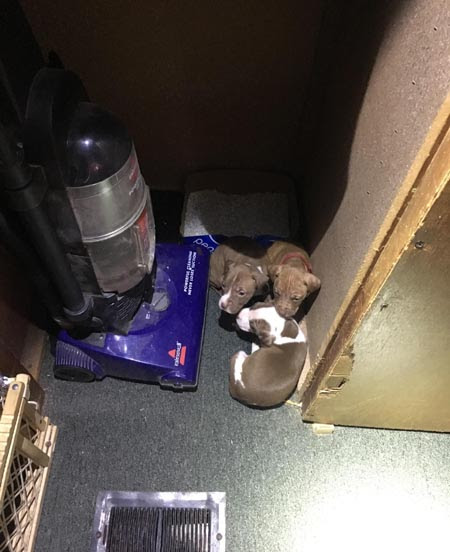 While Nichols was in the garage, another Skowhegan officer called her saying there were puppies locked in a closet.

Nichols, who has a dog herself, was shocked.

“It’s hard to believe a human being could keep animals locked up in a closet,” she said.

Inside the house where Bizier lives, which is a small single-wide trailer in Skowhegan, it smelled “like old food and animal urine,” Nichols said. There was clutter everywhere.

“It was very, very dirty inside,” Nichols said. “It was not a place I would choose to live.”

In the home’s only bathroom, police found four puppies in the bathtub. They had a blanket, but it was soaked in urine. There was a bowl of wet cat food and no water bowl. 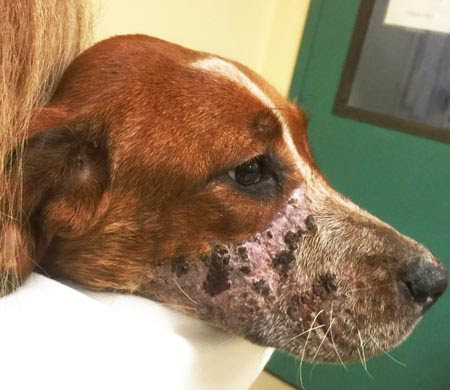 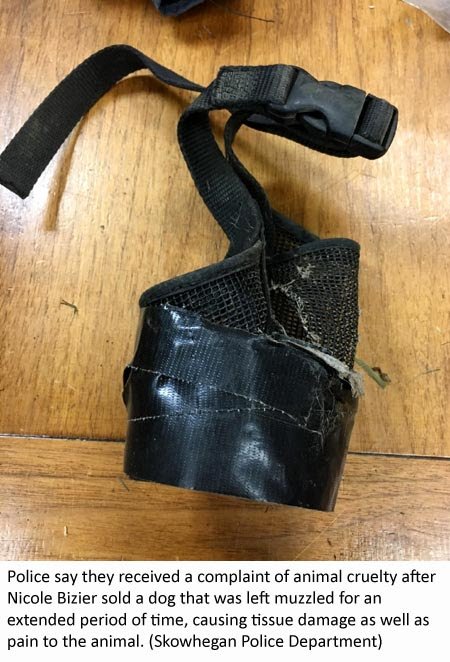 “It looked like they were expected to drink from the dripping faucet,” Nichols said.

It seemed the 4-week-old puppies were not allowed to leave the tub. They acted lethargic, she said.

“Normally, puppies at 4 weeks old, they’re excited and jumping around. But these seemed exhausted,” Nichols said.

In a house closet three more puppies were found. The total space for the dogs was about 2-feet-by-2-feet when the door was closed with a small cardboard box filled with cat litter, which they didn’t use.

The puppies slept through the transfer from Bizier’s residence to the Humane Society of Somerset County, Nichols said.

Skowhegan Police Detective Katelyn Nichols told the Morning Sentinel that it appears Bizier was involved in pet flipping, or receiving a free or stolen animal and selling it online for profit.

"There are pet flippers out there, but I didn't make nothing off of them," Bizier told necn. "I was doing it to help the animals."


Bizier admits to selling pets online, and even falsifying veterinary documents, but insists that people gave her the animals and that she took good care of them.

Skowhegan Police say they found 11 dogs in poor conditions, and received reports from customers that Bizier was selling unhealthy animals.

"I think the take away is that if you're unable to care for your pet, use your shelter as a resource," said Animal Refuge League of Greater Portland spokesperson Jeana Roth. "We're here to provide medical care and shelter for animals in need. Use your shelter. It's what we're here for."

At this point, it sounds like Bizier was “pet flipping,” Nichols said. Pet flipping is when someone gets an animal for free and then turns around and sells them. While Nichols said she’s never seen this type of behavior before, she suspects it may happen more often than people realize.

Typically, those who “flip” pets are stealing them, said Brandi Hunter, vice president of public relations and communications at the American Kennel Club. 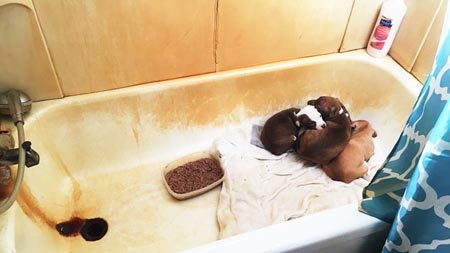 Someone will let a dog play in the yard or leave it tied up outside a store while running errands, and the dog will be stolen. The club has even heard of people stealing dogs from cars, Hunter said, though she added that not every theft is about pet flipping.

According to the club’s National Pet Theft Database, the number of stolen dogs has increased dramatically since 2008, when 71 were reported stolen. In 2015, 831 dogs were stolen.

While there is no data on dogs stolen in Maine, Natalie Messier, president of the nonprofit Maine Lost Dog Recovery, said they received 804 reports of lost dogs in 2015 and 12 percent were unaccounted for. In 2016, the number of reports increased to 924, and 11 percent are still unaccounted for.

With this case, however, it seems that Bizier was getting the dogs for free from people who were looking to re-home them. Nichols said a number of possible victims have come forward, as well as a number of people who say they gave her their animals, thinking they were going to a good home.

Bizier said she didn't give the animals to a shelter because she has heard "horror stories" about shelters.

"Innocent until proven guilty — and I'm not guilty of animal abuse," she said. 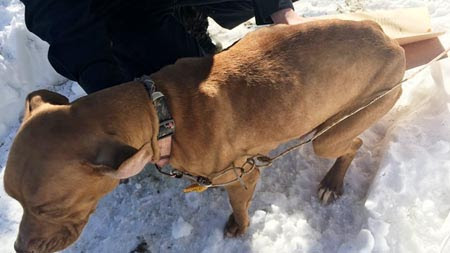 Bizier is expected to make a court appearance next month. 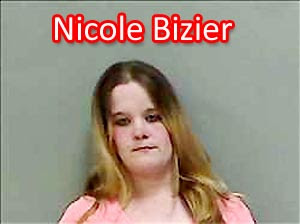