Pennsylvania: Mario Crawley, 25, pleads no contest to animal cruelty charges following death of pit bull puppy that was beaten and tortured to death - gets NO jail time

PENNSYLVANIA -- A Mountville man has pleaded no contest to charges that he beat a 14-week-old pit bull puppy, causing its death. 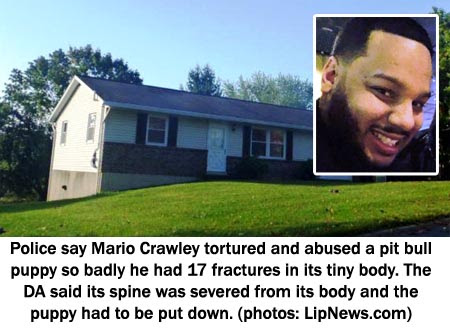 The pit bull named Hennessey had injuries including a severed spinal cord, 17 bone fractures, a diaphragmatic hernia, internal bleeding and head bruising from reported abuse that happened between August and October, according to the Lancaster County district attorney's office. 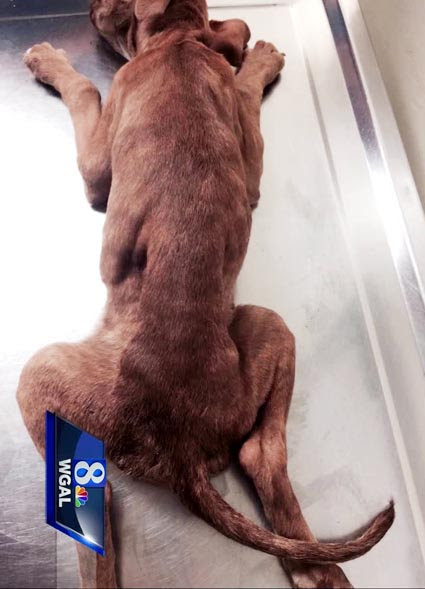 The criminal report went on to state that Crawley’s mother-in-law called the clinic and said Crawley had beat the dog on prior occasions.

An autopsy later revealed Hennessey suffered a total of 17 fractures, torn ligaments in her vertebral column (the DA said its spinal cord was severed from its body), and a metabolic problem that was the result of abuse and neglect, not a fall. 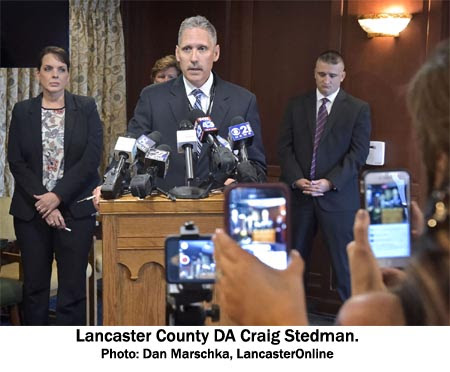 The dog was euthanized by the Lancaster County SPCA Oct. 11 and charges were filed in December.