South Carolina: William Dodson gets no extra jail time for duct taping his dog's muzzle shut causing her face to swell like balloon

SOUTH CAROLINA -- A South Carolina man who wrapped electrical tape around a dog's muzzle to stop her from barking has been sentenced to five years in prison. 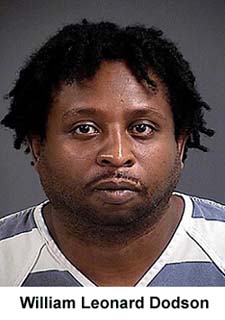 The 43-year-old man was sentenced a day earlier in federal court to 15 years on a gun charge stemming from a traffic stop months before Caitlyn was found in spring 2015.

Under a plea agreement, the two sentences will run simultaneously.

This is also referred to as sentences running concurrently aka at the same time.

The judge could have ordered the sentences to run consecutively aka one after the other. 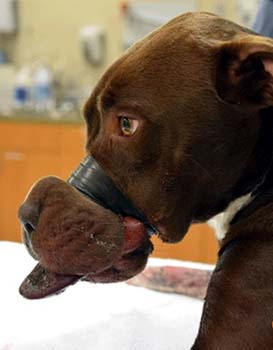 This would have meant a 20 year sentence and would have made more of an impact - that Dodson was sitting in a jail cell for _ amount of time BECAUSE OF WHAT HE DID TO THIS POOR DOG.

Instead, it was, "Ok plead guilty to doing this, but don't worry, we won't give you any extra time for it."

"I wish I could give you more," Judge Markley Dennis told Dodson in court Friday. 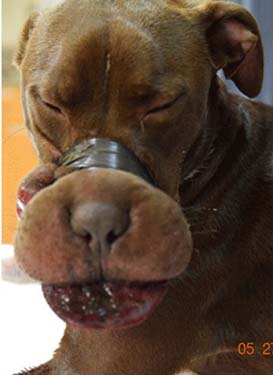 "We're going to do everything we can within the law to stop this, and then we're going to go beyond and change our laws and make them stronger," he told The Post and Courier of Charleston.

Dodson, who was free on bail from the traffic stop, had chained Caitlyn outside after wrapping her muzzle nine times. But the then-15-month-old Staffordshire pit bull terrier mix escaped and was found in critical condition.

The tape cut off blood flow to her tongue. Veterinarians at the Animal Society unraveled it after an estimated 36 hours.

The case sparked international outrage after photos of Caitlyn's tightly bound snout spread on social media. She required repeated surgeries and lost part of her tongue. Her snout is still scarred. 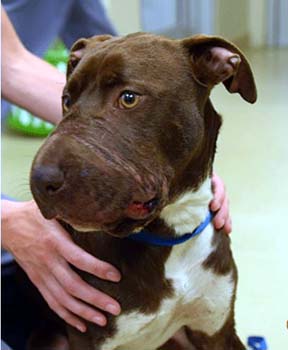 Charleston Animal Society CEO Joe Elmore said at the time that Caitlyn was living with a new family but continued to suffer from anxiety and stress.

Dodson still faces state drug charges stemming from the March 2015 traffic stop. Prosecutors say he tossed a loaded pistol, along with cocaine and marijuana, as he ran from North Charleston police officers.