UNITED KINGDOM -- A cat was found dead on a kitchen stove after its owners left it alone for two weeks and went on vacation to France.

David Hicks 41, and his wife Zara Hicks, 38, will get NO jail time after they admitted leaving their three pets to fend for themselves in August last year. 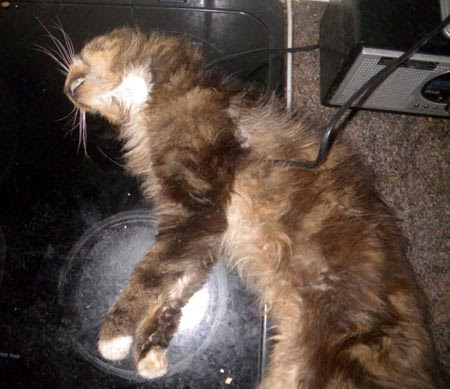 The couple, from Chessington, Surrey, pleaded guilty to three charges under the animal welfare act at Wimbledon Magistrates Court.

RSPCA officers had executed a warrant to enter their home with police on September 6 after finding two animals in their garden a few days earlier - neighbors had called on September 3rd. 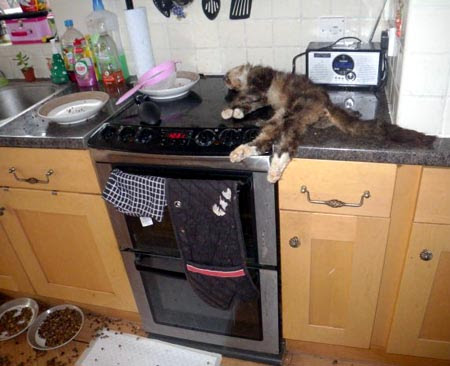 Wimbledon Magistrates’ Court on Wednesday heard that the officer left some food and a bucket of water for the animals and returned the next day and found the animals still hungry for food, and no owners at the house.

‘In another part of the kitchen, barricaded as it were, there were a total of ten bowls or saucepans in which were small amounts of water or food.’

A cat and dog, who were infested with fleas, were found alive in the property. 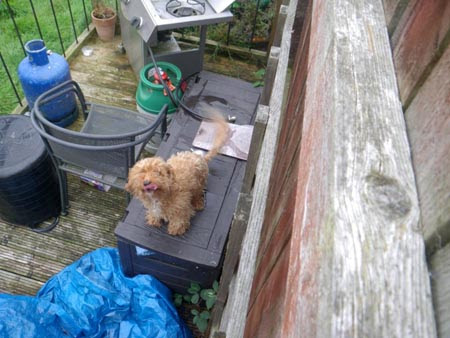 ‘A postmortem found there was a tumor in the large intestine but there was little food found in there indicating it had not eaten for some time before death.’

The couple had left with their children on August 28 and returned on September 8.

At first they claimed they’d arranged for Mrs Hicks’ mother to check on the animals but she denied this.

Mr Hicks, speaking on behalf of himself and his wife who were self-represented, said: “We’re just terribly, terribly sorry. It’s embarrassing. 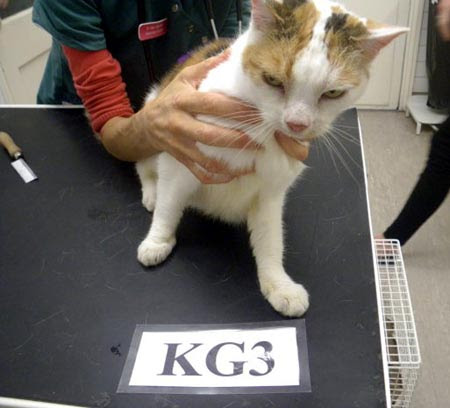 “We have two wonderful children and we will have to tell them they aren’t going to have pets any more. “It makes me sick just thinking about it. We’re just very sorry.”

Why don't you tell them how horribly their cat suffered and died while you were on vacation in France?

David Hicks, 41, was given a 16 week suspended prison sentence for two years, ordered to carry out 160 hours of unpaid work and ordered to £400 costs.

Zara Hicks, 38, was given 20 week prison sentence, suspended for two years, ordered to carry out 200 houses of unpaid work in the community, and also ordered to pay £400 costs. 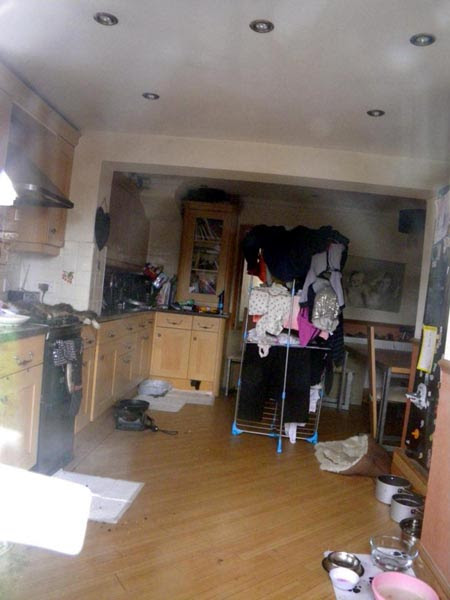 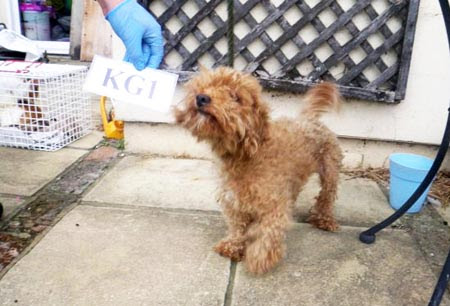 The cruel pair have been banned from keeping animals for 12 years.

Magistrates also ordered the two surviving animals be taken out of the couple’s care and re-homed.