Florida: Owner of Pit Bull that was shot by police claims it wasn't justified - even though the Pit Bull had previously attacked a woman and was menacing another man that very night

FLORIDA -- A family woke up to find that its dog had been shot twice by a police officer.

The officer said the Pit Bull was dangerous and lunged at him, but the family said it doesn't buy that story. 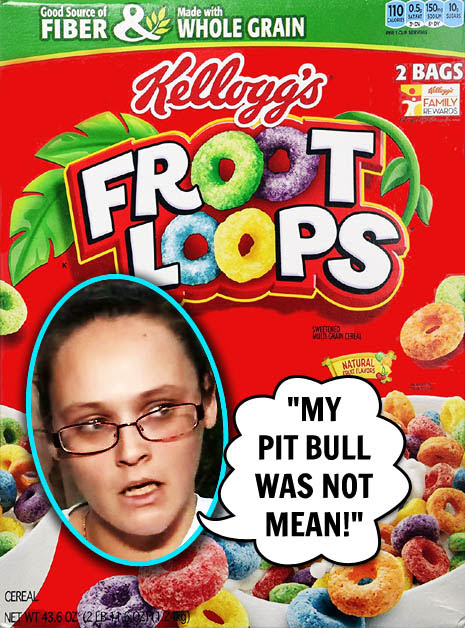 The Titusville family is looking for answers.

Police responded to reports Saturday morning that a dog named Prince was loose in the neighborhood.

According to the case report, the Titusville officer who responded to the scene said he forgot to turn on his body camera before firing two shots at the dog. 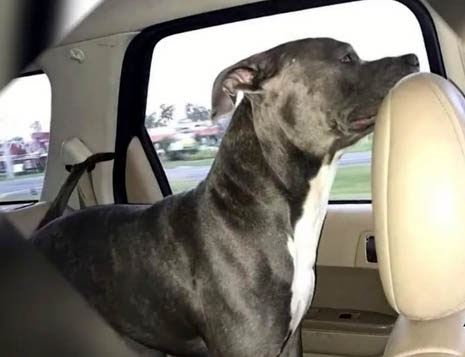 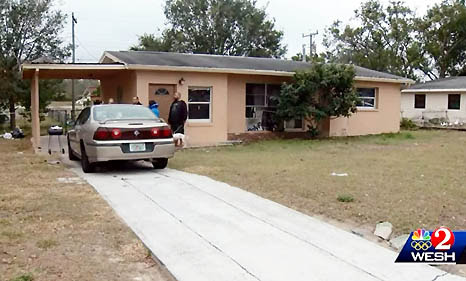 He said Prince lunged at him, but now the family wants proof.

"I want a justifiable reason, proof, which I'm now not going to get. Justice for my dog," said Donna Wood, the dog's owner.

Wood said she was sleeping at her mother's house early Saturday morning when she was woken up by the news that an officer had shot her pit bull.

"The officer actually shot my dog through his nostril, through his jaw, taking off his back teeth and messing up his back jaw," Wood said. 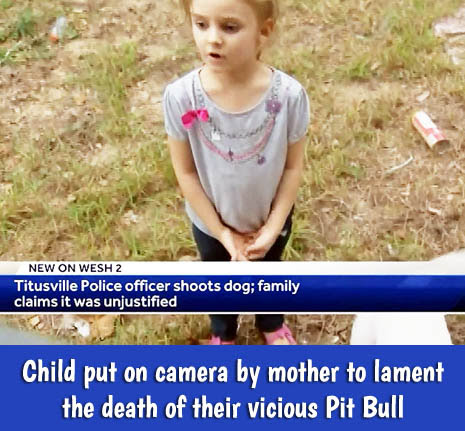 He said he had been walking his own dog at the time when the large gray dog charged at them, acting like it was going to attack them.

"I stood my ground, yelled get back and a few choice words," he said.

Shimshock wasn't hurt and called 911 after the dog eventually backed off. 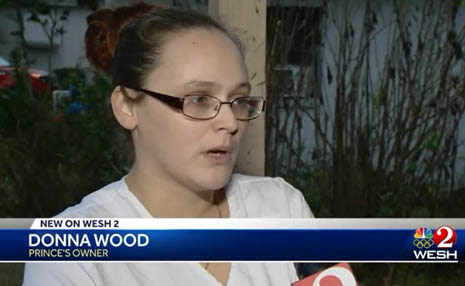 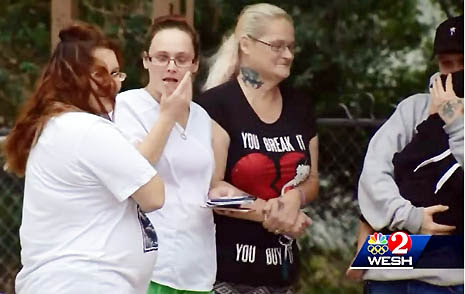 Officer Lincoln Strom said he forgot to activate his body camera (likely because it was more of an Animal Control call; he knew he was at the owner's house because neighbors knew who the dogs belonged to BECAUSE THEY WERE REPEATEDLY LOOSE so this officer thought he'd bang on the door, have the dumb owners put their dogs back inside the house and be on his way), but while he tried to knock on the front door, the Pit Bull lunged at him, with his mouth open.

That's when Strom fired two shots hitting the dog in the face.

Well, that proves the dog was coming at him if it was shot in the face.

"He was one of my kids and I had no choice but to put him down and put him out of his misery," Wood said.

According to the police report, Animal Control has responded to the home no less than four times and she was cited for this VERY SAME PIT BULL biting a woman. 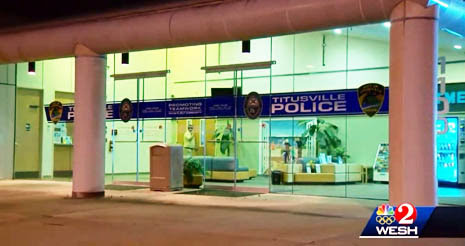 Wood claims he didn't do it.

Also, what about the neighbor who was nearly attacked by her Pit Bull -- and who called the police to come out. What was her dog doing running loose in the first place??? And what about the other FOUR TIMES Animal Control was at her house?

WESH 2 News contacted Animal Control to ask for more information about Prince and his history at the address, and we are waiting to hear from officials.