Georgia: Emory Samples, 70, accused of dragging a dog behind his truck then cutting him loose and abandoning it to die in the woods

GEORGIA -- Deputies with Forsyth County Sheriff’s Office have arrested a 70-year-old man accused of dragging a dog behind his truck in the northern end of the county.

According to Cpl. Doug Rainwater, spokesman for the Forsyth County Sheriff’s Office, Emory Junior Samples was arrested for felony cruelty to animals around 1:15 p.m. Monday after witnesses reported a dog running and being pulled behind an older Ford truck on Settingdown Road. 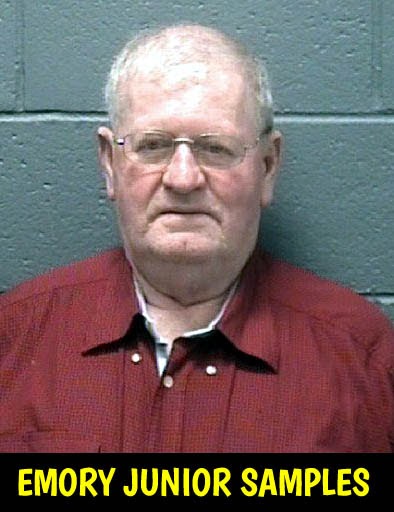 He said that the dog was found abandoned in the woods close to Settingdown Road and required immediate medical attention.

Samples had to have pulled over, cut the dog loose and then dumped him in the woods to die before driving off.

Rainwater said that deputies found blood in the bed of Samples truck.

Samples was arrested and taken to the Forsyth County Detention Center, and no bond has been set yet.