I was walking down Hillview blvd today with my puppy and was attacked by a pit bull and a boxer, they grabbed my puppy by the neck and begin to violently shake her by her throat.

I was able to get her out of the pit bulls mouth in time before any serious damage could be done to the puppy. In the process of getting her to safety in my arms my hand was bit by the pit bull.

I’m not angry and me and puppy are both okay but if these were your dogs please get them under control and try to make sure this doesn’t happen again. I’m not sure that if this was a child that was attacked they would be alive

Julie Schneider - Were these the dogs?

John Dallas - I saw this picture earlier and I believe they may have been, though they did have collars on.

John Dallas - It all happened so fast and I was slightly shocked that I didn’t get the best picture in my mind, but I believe it could have potentially been these pups

Julie Schneider - I hope their owners get them quick so no one else gets attacked... I wish Bullitt County had an animal control... I was in a similar situation last year but stuck in between the county lines...two police departments and animal control all playing "hot potato"

John Dallas - Julie Schneider, Eh, it’s okay, I’m not mad about it at all. I understand these things happen with animals. I’ve been on both sides. I had boxers at one point that actually took another dogs life when they got out one time but were not aggressive towards humans and they were taken from me because of it. So I understand accidents happen, it can happen to anyone.

Kaelin Daugherty - Julie Schneider, bullitt county does have an animal control . Angie Webb-Greenup is director and you can call her at 543-8686. Or after hours you can call non emergency or in your case emergency and they will send someone to your location to try and contain dogs. 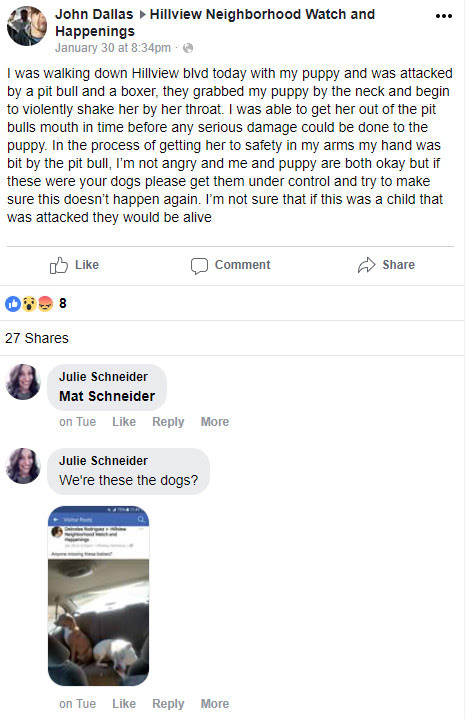 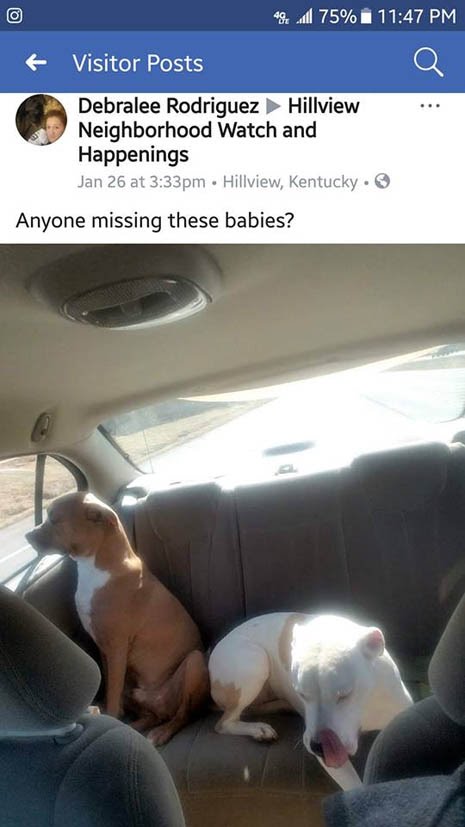 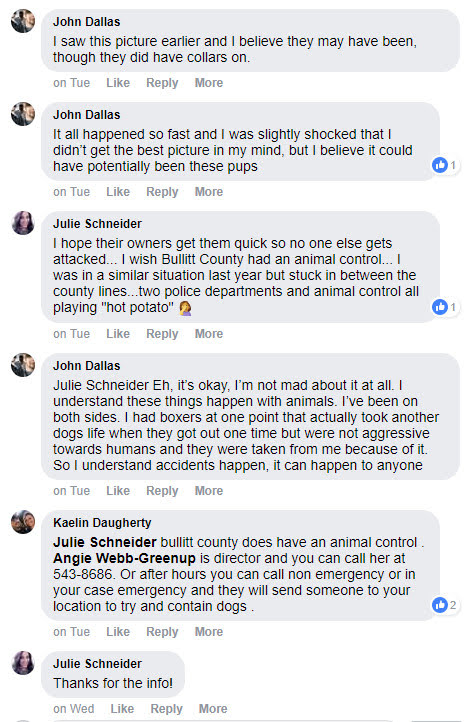